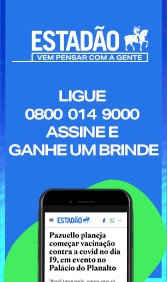 â"EBITDA increases 35% to Ps.3,887 million in the periodâ" â"Continued dynamism in both commercial and financial businesses

â€"Notable reduction in the delinquency rate of Banco Azteca Mexico;

As a result, Grupo Elektra reported EBITDA of Ps.3,887 million, 35% higher than the Ps.2,871 million of the previous yearâ€™s quarter; EBITDA margin was 17% this period, three percentage point above the previous year.

Consolidated revenue increased 17%, as a result of growth of 22% and 14% in commercial sales and financial revenues, respectively.

The increase in commercial division salesÂ  Ì¶ Â to Ps.9,801 million compared to Ps.8,051 million last yearÂ  Ì¶Â  reflects strategies that generate growing customer satisfaction through an optimal mix of merchandise on the sales floor, offered by a highly trained sales force under the most competitive market conditions.

The increase in financial revenue Â Ì¶Â  Â to Ps.13,706 million from Ps.11,997 million from the previous yearÂ  Ì¶Â  Â results mainly from a 7% growth in revenue of Banco Azteca Mexico, together with an 11% increase in revenue from Advance America during the period.

Consolidated costs for the quarter increased 12% to Ps.9,320 million, from Ps.8,332 million inÂ  the previous year, as a result of a 21% increase in commercial costs, in line with the performance of commercial revenue, and a 6% decrease in financial cost, largely driven by a reduction in provisions for loan losses, along with the strength in asset quality.

Sales, administration and promotion expenses increased 16% to Ps.10,300 million, as a result of higher personnel expenses due to higher compensation plans that encourage productivity; an increase in advertising, which achieves a better positioning of Grupo Elektra brands, and an increase in operating expenses.

The most significant changes below EBITDA were the following:

A negative variation for Ps.3,030 million in other financial results, as a consequence of smaller gain this period in the market value of the underlying assets of financial instruments owned by the company â€" which does not imply cash flow â€" compared to the previous year.

The delinquency rate for the bank at the end of the quarter was 2.6%, more than two percentage points lower than the 5.3% from the previous year. The average term of the credit portfolio for principal credit lines â€" consumer, personal loans and Tarjeta Azteca â€" was 63 weeks at the end of the fourth quarter.

As previously announced, during the quarter, Grupo Elektra paid US$275 million in advance and canceled out US$45 million of its senior notes of US$550 due in 2018.

In addition, on February 20, 2017, the company paid in advance the remaining US$230 million of such senior notes, thus redeeming its dollar-denominated bonds.

To cover both payments during the quarter, Grupo Elektra issued three certificates in local currency for a total of Ps.6,000 million and used cash generated by the company, within the framework of solid financial performance.

Grupo Elektra currently has 7,396 points of contact, compared to 7,963 units a year ago. The reduction is a result of strategies to focus on maximizing profitability of units.

The company has 4,602 points of contact in Mexico, 2,105 in the United States, and 689 in Central and South America. The extensive distribution network allows the company to maintain close contact with clients, granting superior market positioning in the countries where it operates.

The company registered consolidated net income of Ps.5,334 million, compared to a loss of Ps.5,114 million a year ago, mainly due a smaller reduction in the market value of underlying financial instruments that the company holds, which doesnâ€™t imply cash flow, compared to the prior year.

Grupo Elektra is a Grupo Salinas company (www.gruposalinas.com), a group of dynamic, fast-growing, and technologically advanced companies focused on creating shareholder value, contributing to building the middle class of the countries in which they operate and improving society through excellence. Created by Mexican entrepreneur Ricardo B. Salinas (www.ricardosalinas.com), Grupo Salinas operates as a management development and decision forum for the top leaders of member companies. The companies include TV Azteca (www.tvazteca.com; www.irtvazteca.com), Azteca America (us.azteca.com), Grupo Elektra (www.elektra.com.mx: www.grupoelektra.com.mx), Banco Azteca (www.bancoazteca.com.mx), Advance America (www.advanceamerica.net), Afore Azteca (www.aforeazteca.com.mx), Seguros Azteca (www.segurosazteca.com.mx), Totalplay (www.totalplay.com.mx) and Enlace TP (enlacetp.mx). Each of the Grupo Salinas companies operates independently, with its own management, board of directors and shareholders. Grupo Salinas has no equity holdings. However, the member companies share a common vision, values and strategies for achieving rapid growth, superior results and world-class performance.

Except for historical information, the matters discussed in this press release are forward-looking statements and are subject to certain risks and uncertainties that could cause actual results to differ materially from those projected.Â  Other risks that may affect Grupo Elektra and its subsidiaries are identified in documents sent to securities authorities.